Those of you who've read my last post in particular, will know that it has been three years now (in reality, six) since I gave WoW up for dead.  I don't know a lot about Warlords of Draenor, but what I have read has not given me cause for optimism. I of course saw how the specification system was gutted during Mists of Pandaria, and that alone is the main thing that has kept me away.

Yet I just came across Wowpedia's page for Legion, and I'm wondering if I can allow myself a small glimmer of hope. The main thing I'm excited about here, is the addition of Class Orders and a greater degree of individual identity for class specialisations. It appears that a long-held dream of mine might finally come true; that Survival will become a pure melee spec.  The division of abilities into PvE and PvP versions is something we've needed for a very long time, as well.

The two and a half year period, from mid 2006 to Febuary 2009, was a personal golden age for me, in many ways unequalled before or since; and World of Warcraft was a large part of the reason why. A genuine WoW revival would be a tremendous shot in the arm for me, both inside the game, and outside it.

It's funny. I remember reading about how Adam West was never able to move past his portrayal of Batman, or fundamentally re-invent himself as anything else. I'm the same. I am James Osborn, but I am also, and will always be, Mirshalak of the Horde. 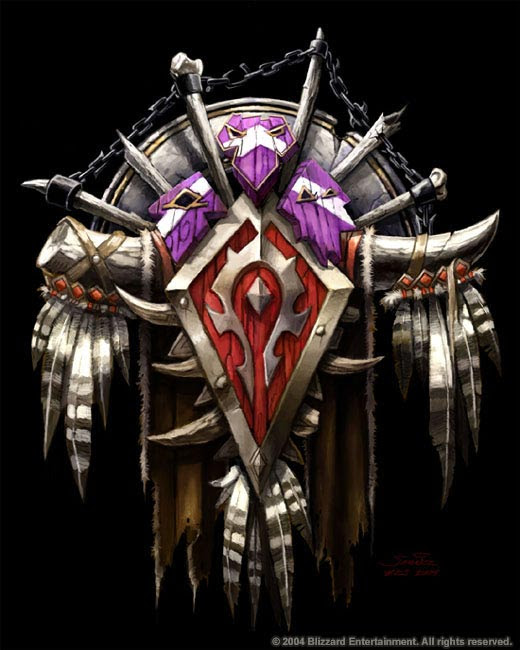 Posted by Mirshalak at 2:15 AM

Om Krim Kaliyai Namaha. My praise to Kali the Destroyer.

Survival Hunter on the Jubei'Thos Oceanic server within World of Warcraft.
mirshalak@gmail.com

I am a ghost of the Burning Crusade, back for the Cataclysm, after largely having sat out WoTLK. Unlike who knows how many others, I have not joined the exodus through the Rift; at least not yet. My secondary game (or primary, really) at this point is Minecraft.

I'm the living definition of casual at this point. I quest, farm, play the auction house, and dream of past glories.

Based on a work at
mirshwow.blogspot.com.

My Be Imba! Profile.

The Man In The Mirror

"If you get what you want in your struggle for self,
And the world makes you king for a day,
Then go to the mirror and look at yourself,
And see what that man has to say.

For it isn't a man's father, mother or wife,
Whose judgement upon him must pass,
The fellow whose verdict counts most in his life,
Is the man staring back from the glass.

He's the fellow to please, never mind the rest,
For he's with you clear up to the end,
And you've passed your most dangerous, difficult test,
If the man in the glass is your friend.

You can fool the whole world down the pathway of years,
And get pats on the back as you pass,
But your final reward wil be heartache and tears,
If you've cheated the man in the glass."
-- A convict; found on the walls of his cell.

"The way is emptiness,
Yet practice it and it seems inexhaustible,
Fathomless and still,
Yet all life seems to spring from it.

It moves beneath all things, seen only in its effects,
Where it came from no one can say,
It was always there, the potential in nothingness."
-- Verse IV, The Tao Te Ching.

"But if you do not find an intelligent companion, a wise and well-behaved person going the same way as yourself, then go on your way alone, like a king abandoning a conquered kingdom, or like a great elephant in the deep forest."
- Buddha

"My approach towards playing Survival is to think like a Survivalist. Get bitter. Get pessimistic. This spec is for those of us who can't depend on anyone or anything - including our own talents.
...
Get crazy. Get paranoid. Know your limitations. Fight dirty.